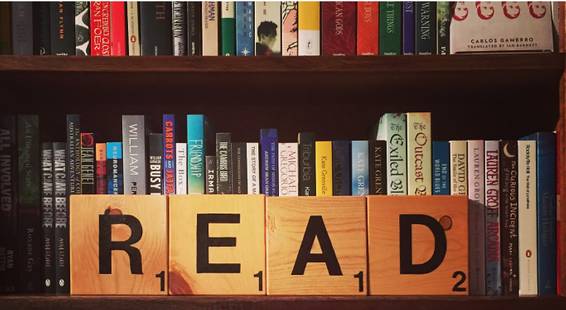 Join us for 1 hour as we engage in a thoughtful, dynamic discussion across 4 Mondays in July the highly rated book by Brit Bennett called The Vanishing Half. Further details will be provided prior to the first meeting.

The Vignes twin sisters will always be identical. But after growing up together in a small, Southern Black community and running away at age 16, it's not just the shape of their daily lives that is different as adults, it's everything: their families, their communities, their racial identities. Many years later, one sister lives with her Black daughter in the same Southern town she once tried to escape. The other secretly passes for white, and her white husband knows nothing of her past. Still, even separated by so many miles and just as many lies, the fates of the twins remain intertwined. What will happen to the next generation, when their own daughters' storylines intersect?

Weaving together multiple strands and generations of this family, from the Deep South to California, from the 1950s to the 1990s, Brit Bennett produces a story that is at once a riveting, emotional family story and a brilliant exploration of the American history of passing. Looking well beyond issues of race, The Vanishing Half considers the lasting influence of the past as it shapes a person's decisions, desires, and expectations and explores some of the multiple reasons and realms in which people sometimes feel pulled to live as something other than their origins.

As with her New York Times best-selling debut, The Mothers, Brit Bennett offers an engrossing pause-resister about family and relationships that is immersive and provocative, compassionate and wise.

Need a stress free, positive activity for self care or maybe a virtual family or date night. Then grab yourself, your friends, and/or your family and join us for a paint nite or other fun creative activity. There is a lot to chose from. No prior experience necessary. As an artist I've been doing all different kinds of creative works and activities for most of my life and believe art and creating something should be a fun, positive, enjoyable, stress free experience. That's exactly what we are going to have.